Feb. 25, 2008 -- A diet rich in whole grains may help fight your belly bulge while lowering the risk of heart disease.
A new study shows people who followed a weight loss program incorporating whole-grain breads, cereals, and other foods lost more body fat from the abdominal area than those who ate only refined grains like white bread and rice.
In addition, those on the whole-grain diet experienced a 38% drop in C-reactive protein (CRP), an indicator of inflammation in the body linked to heart disease.
Researchers say the results suggest that incorporating whole grains into weight loss plans may help burn fat as well as reduce the risk of heart disease.
The results appear in the American Journal of Clinical Nutrition.
Whole Grains vs. Refined Grains
In the study, Heather I. Katcher of Pennsylvania State University and colleagues divided 50 obese adults with metabolic syndrome into two groups. Metabolic syndrome is a collection of risk factors that increase risk for heart disease and diabetes.
Both groups were instructed to cut calories for 12 weeks. But one group was told to eat only whole-grain products while the other group was asked not to eat any whole-grain foods.
By the end of the study, both groups had lost weight, an average of 8 pounds among the whole-grain group and 11 pounds in the refined-grain group.
Both groups experienced a decrease in body fat, but the whole-grain group lost significantly more body fat from the abdominal region than the refined-grain group. Excessive fat around the midsection is linked to an increased risk of heart disease.
The whole-grain group experienced other benefits. For example, CRP levels dropped by 38% among those who followed a whole-grain diet. No decrease was found among the refined-grain group.
Those in the whole-grain group also increased their intake of dietary fiber and magnesium.
Sources of Whole Grain
Looking for food that is a good source of whole grain? Here are some examples of whole grains:
Whole wheat
Whole oats/oatmeal
Whole-grain corn
Popcorn
Brown rice
Whole rye
Whole-grain barley
Wild rice
Buckwheat
Triticale
Bulgur (cracked wheat)
Millet
Quinoa
Sorghum
You can add whole grains at meals and snacks:
Snack on ready-to-eat, whole-grain cereals such as toasted oat cereal.
Add whole-grain flour or oatmeal when making cookies or other baked treats.
Try a whole-grain snack chip, such as baked tortilla chips.
Popcorn, a whole grain, can be a healthy snack with little or no added salt and butter.
Whole Grains on Food Labels
When trying to select foods with whole grains, choose foods that name one of the following whole-grain ingredients first on the label's ingredient list:
Brown rice
Bulgur
Oatmeal
Whole-grain corn
Whole oats
Whole rye
Whole wheat
Wild rice
Foods labeled with the words "multi-grain," "stone-ground," "100% wheat," "cracked wheat," "seven-grain," or "bran" are usually not whole-grain products.
Color is not an indication of a whole grain. Bread can be brown because of molasses or other added ingredients. Read the ingredient list to see if it is a whole grain. Use the Nutrition Facts label and choose products with a higher % Daily Value (%DV) for fiber. The "%DV" for fiber is a good clue to the amount of whole grain in the product.

Um "alarme de bexiga" pode vir a ajudar milhões de homens e mulheres no Reino Unido, com o problema de incontinência urinária. O aparelho é monitorizado por computador, ficaria fixo por sucção na região inferior do abdome, emitiria um baixo sinal sonoro desencadeado pela elevação da temperetura com o acúmulo de urina no interior da bexiga. Seria útil nos casos de incontinênica por hiper-distensão da bexiga ou nos casos de urgincontinência, podendo ser usado com discreção por baixo das vestimentas. O aparelho chamado de Sense Urine, vem sendo testado em Israel.
Veja o artigo publicado no U.K. Daily Mail:
"The tiny alarm that can save embarrassment and beat incontinence"
By ROGER DOBSON
A bladder "alarm" could help millions of British women and men who suffer from incontinence.
The computer-controlled device, which is worn over the abdomen, detects when the bladder is getting full and sounds a discreet alarm.
The wearer is then able to go to the loo before there is an accidental leakage.
Incontinence affects up to six million people in the UK, and it's twice as common in women as men.
When it's full, the bladder contains an average of 350ml of urine. Normally, the bladder sends messages to the brain when it needs emptying.
The brain then tells the pelvic floor muscles to relax, and the sphincter (the opening at the bladder neck) then opens. The bladder muscles then tighten and force the urine out.
But in those with incontinence, the muscles or nerves do not work properly to control the bladder. As a result, the brain doesn't get the messages that it is full.
Causes of incontinence can include pregnancy, being overweight, untreated diabetes, weakening of muscles with age and bladder infections such as cystitis.
Treatment is usually with pelvic floor exercises, lifestyle changes and drugs - if none of these work, patients may be offered surgery.
Options include an operation to lift the bladder neck, or injections of synthetic material into the bladder neck to strengthen it.
The new device, the SenseUrine, is designed to give sufferers control over their incontinence - although it could also possibly treat the problem, too.
It is targeted at people suffering from urge incontinence (where the bladder suddenly empties completely) or overfill incontinence (where weak muscles mean you cannot empty the bladder fully).
The device is less than half an inch thick and two inches square, and is attached by suction to the abdomen over the bladder area, where it is worn all the time under clothing.

Ringing in changes for incontinence: An alarm could alert sufferers to full bladders
It contains a computer chip that measures and records minute temperature changes in the skin. It is based on the principle that bladder temperature rises as it fills because the liquid temperature is higher than that of the bladder tissue.
The device calculates how full the bladder is at any time. When it is close to being full, and the risk of leakage high, it vibrates or sounds a low-pitched yet audible alarm, which can be stopped by taking the device off.
This allows the wearer time to prepare and empty the bladder as normal without problems.
The idea is that it will help sufferers manage their incontinence, but researchers believe it could also help to retrain the bladder so that it works more effectively.
"By using this device, incontinence will be adequately managed so that bladder control problems need not interfere with a healthy, productive and active lifestyle," says Dr Yuli Lozinski, chief executive of developers Sense Tech Urology.
"The device is non-invasive, compact and easy to use."
The developers say the device could also be used by children who wet the bed - around 15 per cent of five-year-olds have this problem.
Lesley Woolnough, executive director of Incontact, the incontinence charity, says: "We wholeheartedly support any innovation that may ultimately benefit the patient."
The SenseUrine is currently being tested on patients at the Rambam Medical Centre in Israel, and is expected to be available over the next 12 months, priced around £50.
However, it is not designed to help with stress incontinence, where a small amount of urine leaks from the bladder regardless of whether or not it is full.
Postado por Cid Zauli às 09:54 Nenhum comentário:

Estudos publicados recentemente no "The journal Fertility and Sterility" mostram que o tempo gasto em ligações através dos aparelhos celulares, pode comprometer a contagem dos espermatozóides e na qualidade dos mesmos.
Os grupos foram formados de acordo com o tempo gasto diariamente em ligações com telefones celulares. O grupo formado por homens que costumam ficar em ligações num tempo igual ou superior a quatro horas, mostrou diminuição na contagem dos espermatozóides, anormalidades na movimentação e no formato dos mesmos.
Leia artigo publicado na íntegra:
Fertility study builds buzz around cellphones
By Rita Rubin, USA TODAY
Are men speed-dialing infertility by talking for hours a day on their cellphones?
A new study suggests that might be the case, but before potential papas ditch the devices, they should know that lead author Ashok Agarwal says the data are "quite preliminary."
Cellphones emit radiofrequency electromagnetic waves. Scientists have reported potential adverse effects of the waves on the brain, heart, endocrine system and DNA, Agarwal, director of the andrology lab at the Cleveland Clinic Foundation, and his co-authors write in the journal Fertility and Sterility.
Agarwal's team studied 361 men under 40 who were being evaluated for infertility; men whose personal or family history might explain a low count or other sperm abnormalities were excluded.
The scientists divided the patients into four groups, based on how long they said they talked on a cellphone each day. Then they analyzed the men's semen and found a strong association between length of time spent on a cellphone and sperm count and quality. Those who talked more than four hours a day had lower counts and more poor "swimmers" and abnormally formed sperm.
One reason could be the heat generated by the phones; sperm production is sensitive to temperature, Agarwal says.
The researchers didn't ask the men about other potential sources of electromagnetic wave exposure, like laptop computers, or where the men usually kept the phone when they talked. Next to their ear? In a pocket while using a headset? Says Agarwal: "There are hundreds of variables that can affect our conclusions."
Location, location, location makes a big difference, says British infertility specialist Iwan Lewis-Jones, who, like Agarwal, is conducting laboratory studies of cellphones' impact on sperm specimens. "To get an effect, I think you've got to have the phone very close to the sperm."
In research still ongoing, Agarwal says, he has found that sperm quality decreases in semen specimens left sitting next to a phone in talk mode for as little as an hour. Lewis-Jones says he isn't ready to report results from his research, in which phones in talk mode are left next to semen specimens.
"We are not saying that mobile phones affect fertility," he says. "All we're trying to do is see what effect they have on the sperm cell." In other words, he says, changes seen in laboratory experiments probably are not occurring in real life.
The only way to answer that question definitively, he says, is to randomly assign men to use a cellphone or not. But, he says, considering "I don't know anybody who hasn't got a mobile phone now," few men would volunteer to go without one. 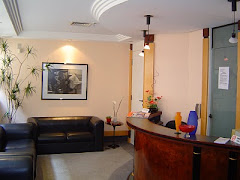 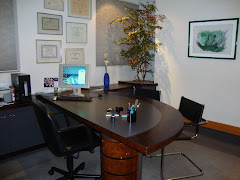 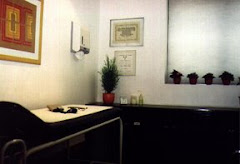 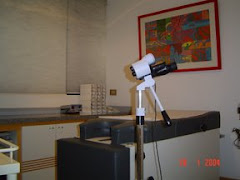 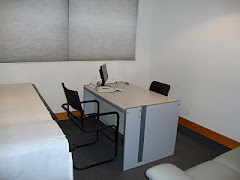